Some information about the grains we use...

We use a variety of organic whole grains in our porridge and pancake mixes.  In addition to the rich flavor whole grains provide, they also have great health benefits.  Numerous medical studies have clearly shown that whole grains reduce risks of heart disease, stroke, cancer, diabetes and obesity. Few foods can offer such diverse benefits. 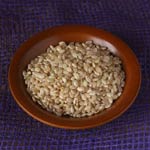 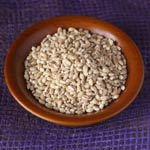 Barley's claim to nutritional fame is based on its being a very good source of fiber and selenium, and a good source of phosphorus, copper and manganese. The fiber in barley is especially healthy; recent studies suggest it may lower cholesterol even more effectively than oat fiber. 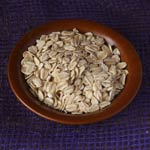 Oats have a sweet flavor that makes them a favorite for breakfast cereals.  Scientific studies have concluded that like barley, oats contain a special kind of fiber called beta-glucan found to be especially effective in lowering cholesterol. Recent research reports also indicate that oats contain a unique antioxidant that helps protect blood vessels from the damaging effects of LDL cholesterol. 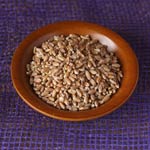 Whole wheat has very high amounts of the antioxidant trace metals, manganese and selenium. When whole wheat is processed into the white flour used in the majority of pastas and baked goods, as much as 40 percent of the original grain, including the germ and bran is removed.  This 40 percent that is removed contains half of all the fiber, vitamins and minerals. The whole wheat we use still possess the natural and nutritious goodness of wheat. 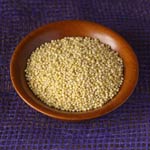 Millet, an ancient grain with a mildly sweet flavor is tasty, soothing, and contains a myriad of beneficial nutrients. It is one of the least allergenic and most digestible grains.  Millet contains high amounts of fiber, B-complex vitamins and protein and is rich in photochemicals including phytic acid, which is believed to lower cholesterol, and phytate, which is associated with reducing cancer risks. 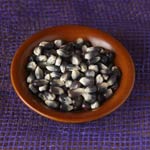 Blue corn is an older, less hybridized form of corn that was grown mainly in South America.  Blue corn produces a sweeter, nuttier taste than yellow or white corn, and is a more complete protein source.
The blue color is due to certain anti-oxidant substances such as xanthenes like zeozanthene.  These are the same nutrients found in other bluish foods such as blueberries, blackberries, grapes and raisins.  Blue corn also contains a special form of selenium that is very easily assimilated and utilized by the body.  Selenium found in most other foods is not as well utilized.